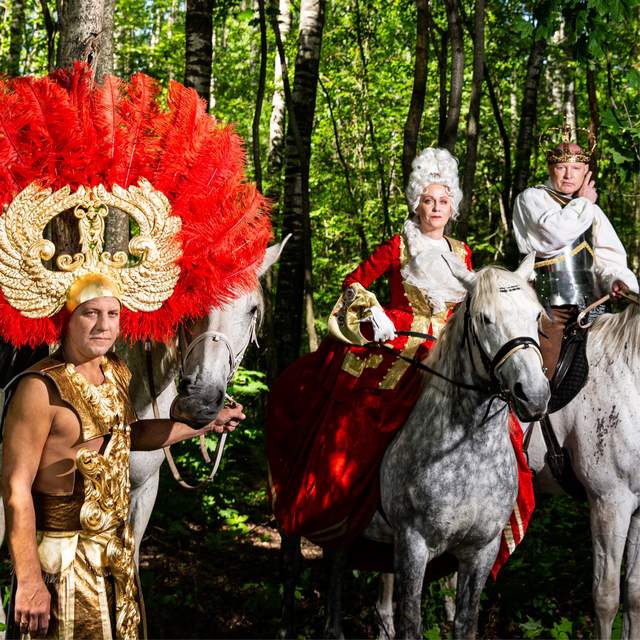 What could the most powerful man in the world have in common with a chubby singer with a voice as high as a woman’s? In the age of the Baroque contrast was in style. Decadence and grandeur coexisted with decay and poverty. The most beautiful palaces and luxurious furniture but as for the servants – missing or rotting teeth. “Farinelli and the King,” tells the story of the Baroque dream – culture as an escape from the rough everyday life and opera as the product of the age. The most beautiful music, the most unimaginable costumes, and voices that sing as if from heaven itself.

Spanish king Philip V during his reign became famous for refusing to see and hear what was happening in his country. “Farinelli and the King” by Claire van Kampen is set during the time when the most influential monarch of Europe is on the edge of madness – he’s driven by jealousy, paranoia, and depression. Only his clever wife’s decision to bring to court the famous singer-castrato Farinelli saves Philip from losing his throne. The unique voice of Farinelli who came to its possession just as painfully and unwillingly as Philip did the crown, can move and inspire new life in the soul of the King thus saving Spain a while longer till the battle of succession.

Claire van Kampen is a composer and the musical score of the play “Farinelli and the King” was admired for its emotional breath both on Westend and Broadway. The story of two such paradoxical men – a king who both rules and suffers and a singer whose voice stands above rest yet is a crippled man himself – creates empathy and tugs at heartstrings while summoning loud laughter through the witty and humorous dialogues.