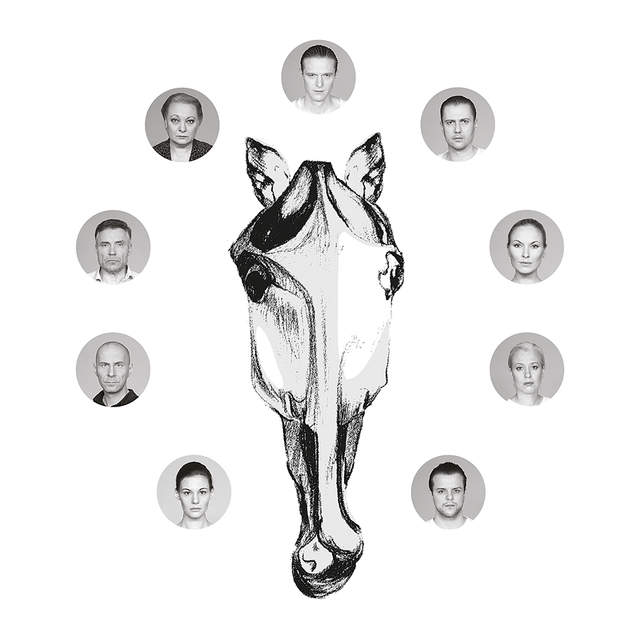 Peter Shaffer’s drama "Equus" (1973) is based on a disturbing real life event recounted to him by a friend. In the play however, the author recounts his own version of how the events might have occurred.

Perhaps extreme measures are necessary in order to break out of the ties that bind our existence, like a bit in a mouth? What is the point of being normal if it is just to live a normal boring life in a normally boring society?

For the young Alan, a horse takes the place of God. Equus. The gentleness of lovers, an arousing dance of muscles, the sweet smell of sweat and galloping at full pelt at midnight. Pathological fascination, sexual obsession, divine adoration and ritual sacrifice. But Gods too, are jealous and vindictive. In the name of the Equus Father, the Equus Son and the Equus Holy Spirit!

Peter Shaffer is well known to the Daile Theatre audiences as the author of "Amadeus". The play "Equus" received a Tony award for best play in 1975. The role of Alan in the West End production in London in 2007, as well as the revival on Broadway in New York in 2009, was performed by Daniel Radcliffe.

Production of the Year – audience prize

Director of the Year – Laura Groza-Ķibere

Actor of the Year (also the audience prize) – Dainis Grūbe

Small Scale Production of the Year

Best Actress of the Year in a Supporting Role – Indra Briķe

Best Actor of the Year in a Supporting Role – Gints Andžāns

Choreographer of the Year – Liene Grava